Science behind the Jes-Extender! 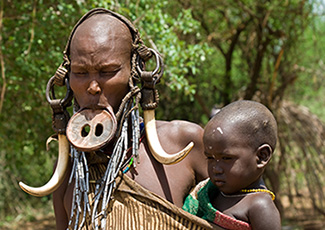 The Jes-Extender uses traction technology to enable you to naturally and safely enlarge your penis. It’s based on the responsiveness of tissues when subjected to a continuous traction force that causes cellular multiplication.

The principle of traction is used in plastic surgery for tissue expansion. Since this makes the skin cover over defects, burns or bald areas. It also applies in distraction osteogenesis, commonly known as the lengthening of shaft bones and falangel.

In ancestral and traditional cultures the principle of traction was used to lengthen different parts of the body, such as the neck in Birmania tribes (giraffe women), or lips and ears in tribes from Africa or the Amazons, where they hang weights to stretch body parts.

Mechanism of the action

The Jes-Extender has a tensile force of 600 to 1500 grams of weight on the penis during continued periods of time and is situated in the penile shaft.

The above-mentioned traction creates an adaptive reaction on a structural level to penile tissue components. This causes an increase in cellular multiplication that translates into the following effects: 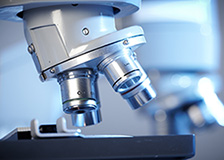 On a Microscopical Level

Based on evidence of the human tissue and its response to stretching, this tool is designed to introduce traction for non-invasive penile elongation, the Jes-Extender. 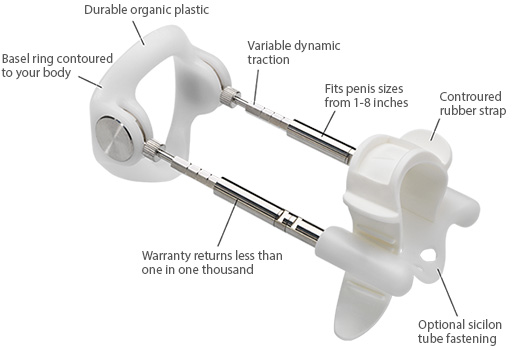 Basic ring; adjust it around the shaft of the penis, adjacent to the symphysis. Two dynamic metal poles hinged to the support ring are connected to the silicone that fits around the corona glans at the distal end of the penis. By gradually increasing the traction power in the two metal rods applies a power stretch ranging between 600g and 1500g.

The average result of the Jes-Extender treatment was an enlargement of 1.1 inches in erections after 4 months with a traction power of 1200g. The corresponding enlargement when flaccid was 0.75 inches.

Medical indications suggested that it was:

The Jes-Extender has been clinically tested with results like penis enlargement. Therefore, it’s without a doubt one of the best-documented methods for penis enlargement, enhancement and thickness without the need for surgery.

Jes-Extenders always come in a well-presented wooden box with instructions.

It is a carefully constructed enlargement program that gives the body and user time to adapt to the traction process used in the Jes-Extender.